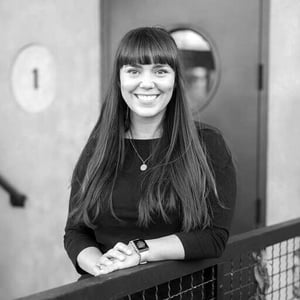 Melissa Megginson is the Vice President of Data & Strategy at Bridges. Melissa began her career at Tailwind, a social media marketing SaaS company based in Oklahoma City. She joined as the second employee and the entire marketing department for the first four years. During that time, Melissa helped grow Tailwind’s customer base from an initial 50 members to more than 100,000 by the time the marketing team grew beyond a team of one. During her decade-long career, Melissa has developed $1M+ revenue generating marketing strategies, won an ADDY award, spoken at hundreds of events, worked with major brands like Adobe and JCPenney, and graduated with an MBA from the University of Oklahoma. When she isn't building winning strategies, she's normally hanging out with her husband, John, and their three very spoiled pets.